Afraid if you are not “tough” enough people will not follow? Being tough does not mean dominating or bullying. The most effective leaders are those who express compassion. They just know sometimes compassion looks like “no”. They do not berate, belittle, steal ideas, or micromanage their team. They trust them. They get quality followers because they are a quality leader. Go be a great leader today. 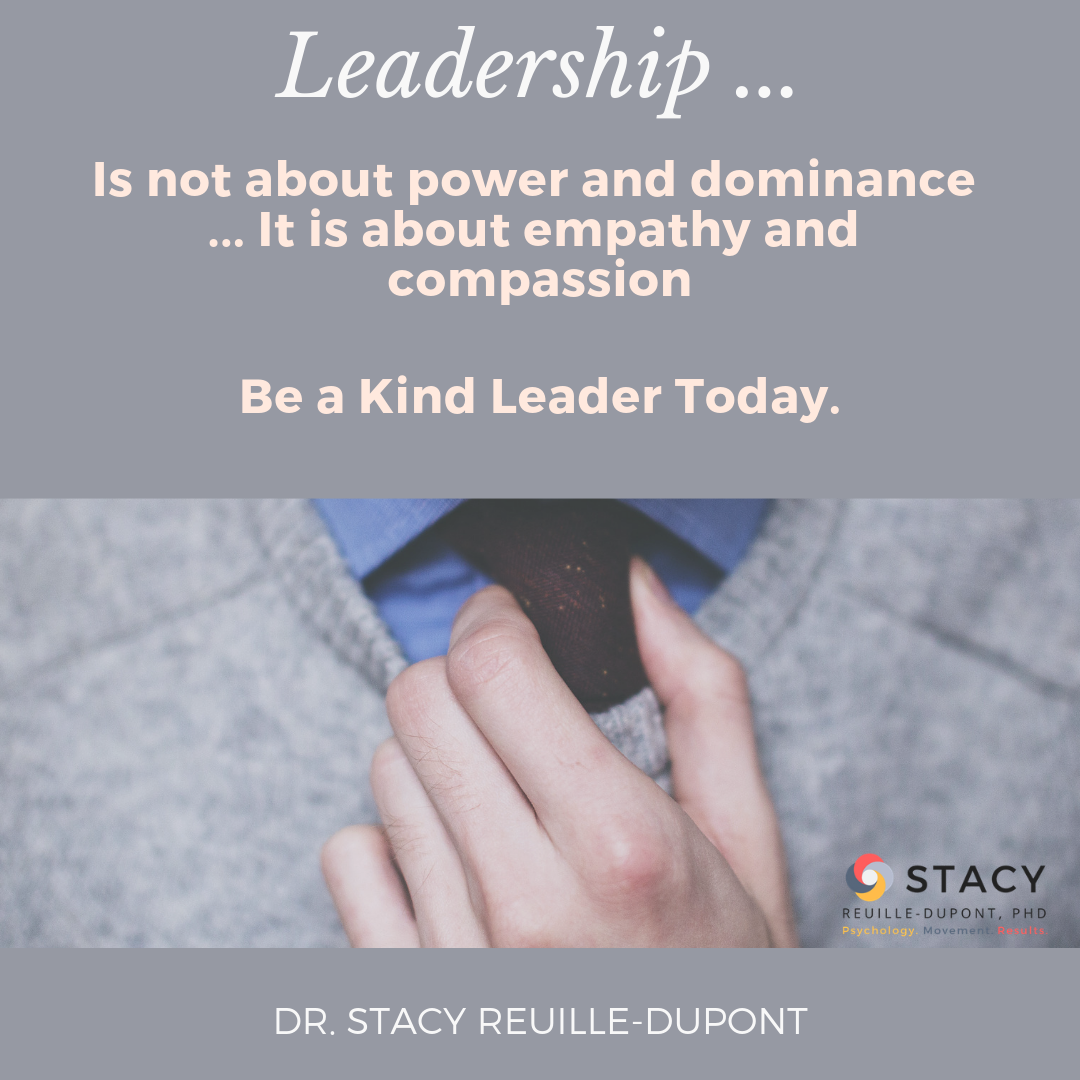 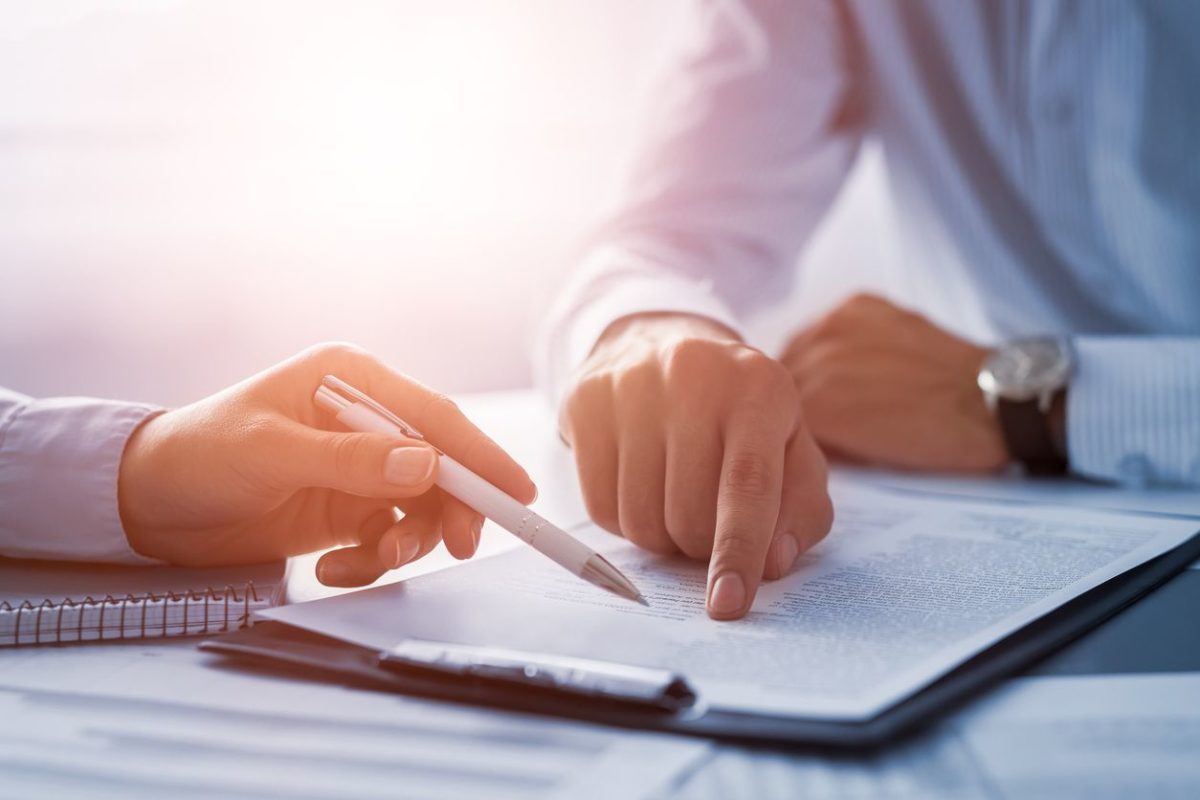 As we stop to celebrate our presidential leaders today, have you ever thought about what makes a good leader? Is it just the people in charge, at the top, or in positions of power? Or do you find leaders all around you? For me, leadership has always been an interesting topic. I was selected at a young age to become a leader, there have been times I succeeded and times I failed. There have also been times I did not want to be the leader, yet was placed in the role anyway. As I have studied being a leader, performed as a leader, and observed others being in leadership roles it always amazes me how many people miss the fundamental idea that leadership is about bringing people together. Not about being powerful. For we are not powerful as a unit of one, the power lies in the numbers. Hitler never would have been what he was if he could not rally the masses. Nor would Jesus have been. As we stop to reflect today on leaders of our country it may be wise to look more closely at what it means to be a leader. It might also behoove us to look at what it means to be a follower, as well.

In an article written by Hogan, Curphy, and Hogan leadership is about “… leadership involves persuading other people to set aside for a period of time their individual concerns and to pursue a common goal that is important for the responsibilities and welfare of a group”. (p. 3, 1994). This is a difficult task as most of us have a hard time putting aside our short-term goals for the benefit of the group unless our group is threatened (Hogan, Curphy, & Hogan, 1994). They go on to say “Leadership is persuasion, not domination; persons who can require others to do their bidding because of their power are not leaders. Leadership only occurs when others willingly adopt, for a period of time, the goals of a group as their own. Thus, leadership concerns building cohesive and goal-oriented teams; there is a causal and definitional link between leadership and team performance”. (p. 3, 1994)

If this is the case, that a good leader is one who can work with a team of people and help them find purpose, meaning, and commonality within their mission or task – then how many good leaders do you know … even if they are not the identified leader? And as a result of knowing what a good leader is about are you willing to follow just anyone?

A quick review of the literature brings up virtually no studies on what it means to be a follower. We are inundated with what it means to be a leader, but nothing on what it means to be a follower. In a book review on the concept of “followership” Gill (2008) identifies ideas that may constitute a good follower “How about a few of these characteristics: a good follower (I prefer “team member”) will understand and commit to the team’s mission, be loyal to the team, accept personal responsibility, be well-prepared, question authority but be wise about timing and tone, think win-win, step up and lead when called upon, help teammates get better”. To me this sounds a lot like leadership. Know when to jump in and help, suggest, persuade, and participate in her part of something larger than ourselves. However, some of the same problems exist in following as do in leadership. We come to following others for many reasons, however if we follow blindly for our own short – term goals we are hurting us all, ourselves included in the long run.

If these two pieces are so intertwined, it really does not matter where you land on the continuum of leadership to followership. Some of us have personalities that like to be in the spot light, take risks, communicate ideas, visions, and concepts in concrete ways others can “see” them and help achieve. Some of us like to hear what those people have to say and then be part of the team that creates. In the end we need both. We need people who are willing to lead and lead us with integrity, honesty, and with an eye on the long term goals of the entire group. We need followers who are willing to do the step by step work of implementing a vision, stand up and disagree when needed, and be a team member who puts their short term goals aside for the long term benefit of the whole.

The long term benefits of the whole may include all sorts of things – better relationships, health, wealth, comfort, success of the majority. However, we often see each other as competition. When we operate from a place of lack we end up tearing each other down, thus our team goes from being something greater than the sum of our 2 parts to being less than 2. I see this a lot in family systems, couples, and business relationships. People are working to build something, however are doing so from a fear based, lack of mentality with inability for vulnerability (thus authenticity to build team trust). The impact is destruction of the project rather than building something great.

As you look around your life today, which are you? Are you a follower today? A leader? Are you a follower in some roles and a leader in others? These are key components to feeling confident and engaged in our lives, as well as feeling a sense of belonging. If you are being too much of a follower, following blindly after someone else you may feel taken advantage of, run down, powerless. If you are a leader who is acting from a fear base and authoritarian style you are probably stressed, paranoid, and often responding to your team in abusive ways. This breaks down the needed relationships little by little and eventually your team will not perform, and your paranoia may become real life experience. Hogan, Curphy, and Hogan (1994) reported in a review of the literature that those leaders who tended to rate themselves overly high were actually the worst ones. So if you are thinking “it is not me, these people just can not get it together”, you may want to engage in coaching or therapy to help you identify and create an effective leadership style because being a good leader and being a good follower is about empowerment.

Empowerment of the self and empowerment of the other. Good leadership looks at the whole, sets aside short – term selfish goals for the long term benefit of the group because the good leader knows that power comes in numbers, that benefiting the group in the long run benefits the self, too. A good follower knows that no one person knows it all, has everything figured out, or is good at everything and following blindly is not a good idea. The group is stronger than the sum of its parts and together we achieve great things. Honoring your gifts and mine. We all matter and we all have something to contribute. Today go out and lead!

Studio B’s New Website Is Live! Check it Out.

Studio B is an expansion of my psychology practice. We have brought in a variety of health professionals and blended our space to incorporate physical and mental health side by side.

The goal of Studio B is to “B” what you need to live a life of contentment and peace, excitement and energy. We realize that enhancing the lives we lead is work. Sometimes hard work. And we also subscribe to the belief that this process can have fun, laughter, and the joy of understanding oneself built right into the work. By integrating body, balance, and behavior therapies, the professionals at Studio B have a com

mon mission of Being right alongside you on your journey as you Create. Your. Self.

Check it out. We worked very hard to

capture our joy for our work serving you. www.StudioB.Life

The Fall Course on the Integration of Yoga and Psychology is just around the corner. This time we put together a great expert packed FREE summit to help kick things off. Join us!

Check out the Video Below for more info on the full course.

© Stacy Reuille-Dupont and StacyRd.Com, 2008-present. Unauthorized use and/or duplication of this material without express and written permission from this site’s author and/or owner is strictly prohibited. Excerpts and links may be used, provided that full and clear credit is given to Stacy Reuille-Dupont and StacyRd.Com with appropriate and specific direction to the original content.